Sagida Sirazieva graduated from LMHPU in 1978. She is a painter and a graphic artist and has been a member of CXR and RT since 2005. In 2014, she was elected Honorary Art Worker of Republic of Tatarstan. In 2016, she was awarded silver medal of Arts and Crafts Association “Smile, traditions, skills”. She is the participant of international, all-Russian, regional, republican, city exhibitions and art projects.

Sirazieva awarded title of “Best Diplomat for Art” at the “Golden Palette” competition held in Saratov City Volga Federal District in 2007. In 2013, she won an international award in the field of fine arts from the European literary magazine “Nazar Look”, in Constanta city of Romania. Received the Baki Urmanche Award, Ministry of Culture Honorary Award, in 2012. The artist’s graphic studies express a symbolic meaning to the complex sign system, which includes a large number of deep layers that lead the viewer through a series of personal relational representations throughout a process of learning and examination of national and world cultures. The philosophical reflections of the author come from the roots of the folk traditions and the depths of the Tatar culture and take breathe in an epic voice. In her works, we can hear a shepherd’s song on the subject and land, feel the step and the nomadic lifestyle of the old Turkic peoples, and feel the depth of the history of Bulgarian and Kazan. A large series of her works is devoted to the brightest Tatar poet Gabdulla Tukay. In the graphic works, one feels a special refinement of the letter reminding the ancient embroidery. In her works, the author uses traditional folk symbols as well. 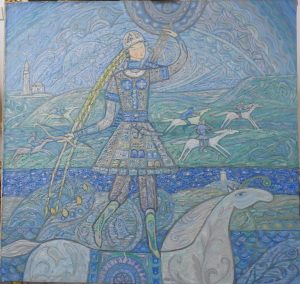 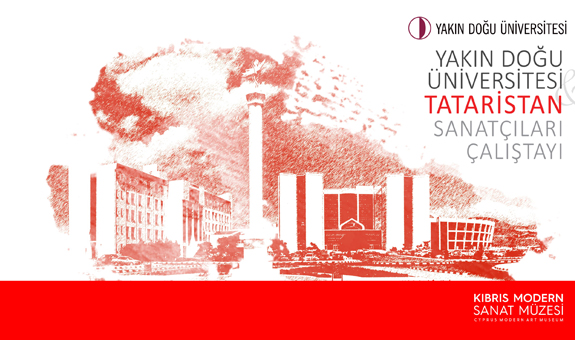