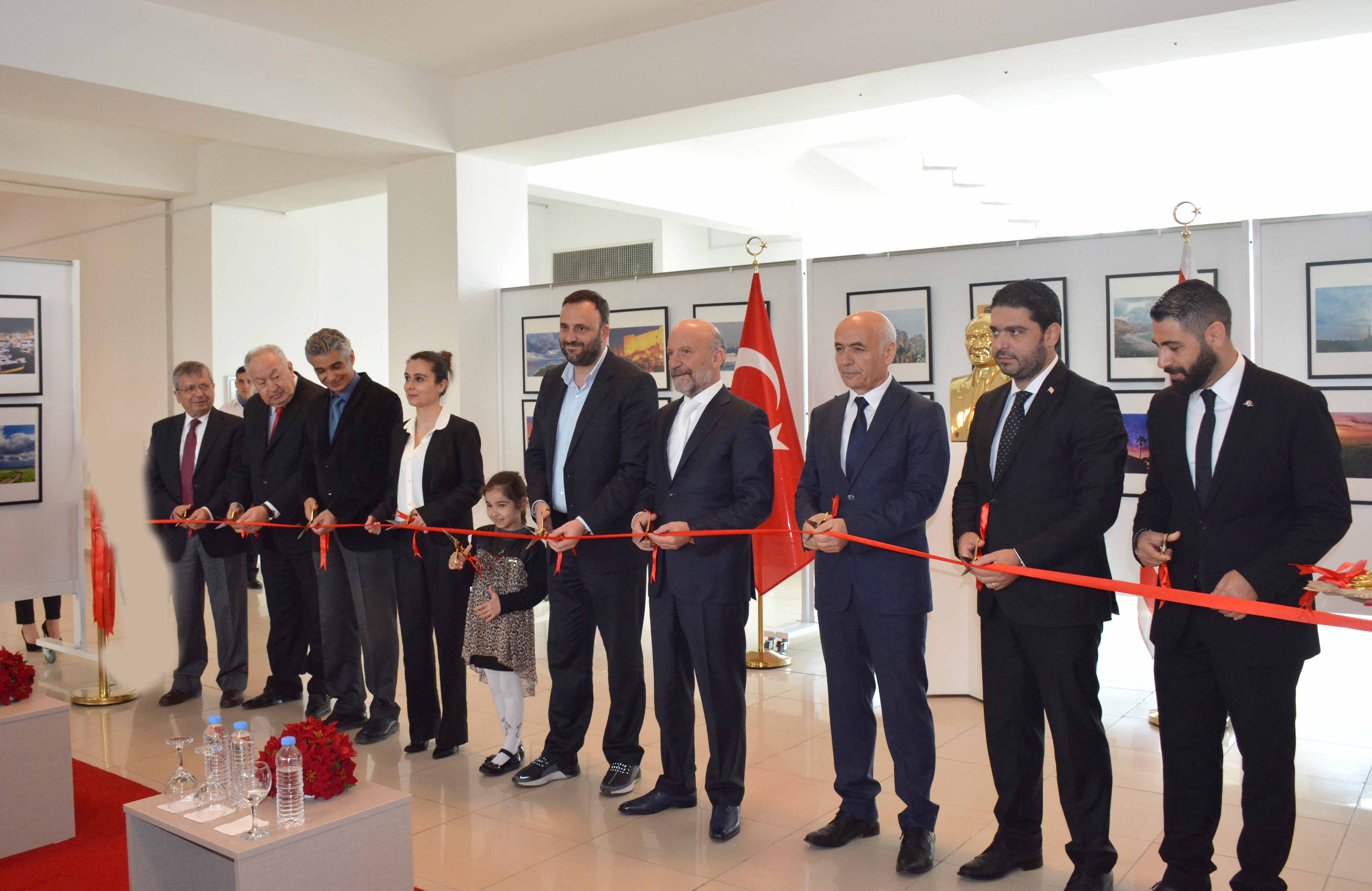 At the opening of the exhibition, Vice Rector of Near East University Prof. Dr. Fahrettin Sadıkoğlu and Minister of Labor and Social Security Zeki Çeler made a speech.

Prof. Dr. Fahreddin Sadıkoğlu emphasizing that the Near East University reduced the migration of qualified people by opening the Faculties of Health Sciences, Dentistry, Medicine and Law, stated that the university provided opportunities for Turkish Cypriot scientists and artists residing abroad to return to the Turkish Republic of Northern Cyprus.

The Cyprus Museum of Modern Arts was founded in the field of culture and art, saying Prof. Dr. Sadıkoğlu, mentioned the importance of culture and art in society. Professor Dr. Sadıkoğlu said: During World War II, the annual budget of the United Kingdom was brought to Winston Churchill to be approved. Facing the budget, Winston sees finance transferred to every field, but there is no culture and art in the list. He asks why. His deputy said, "This is a time of war, let's postpone the finance for culture of art, and give priority to the important areas"... Churchill asks about what the cause of the war was. Why do we fight if we don't do it to preserve our culture and art? In this respect, the cultural war is of great importance. The societies that valued the culture art have always come forward.

Professor Dr. Sadıkoğlu stated "Culture and art are as important as education and health in European countries. Cyprus Museum of Modern Arts has hosted 20 exhibitions in eight months. Currently, 7 different exhibitions are presented to art lovers. A total of 30 artists in 4 groups from Ukraine, Kazakhstan, Turkey, Kyrgyzstan and Azerbaijan are conducting workshop studies in painting and printing at the moment. These works will take their places among the collection of the Cyprus Museum of Modern Arts. In this regard, the establishment of a museum of 20 thousand square meters in North Cyprus is of great importance. Cyprus will turn into a cultural center in the future."

Prof. Dr. Fahreddin Sadıkoğlu, emphasizing that art awards will be given in five categories within the scope of Alasia Award in order to value the artworks in the international platform, said "These will be in the areas of photo-painting award, painting award, ceramic award and in other fields. These awards have been given the names of the most famous scientists of our geography from past to present." 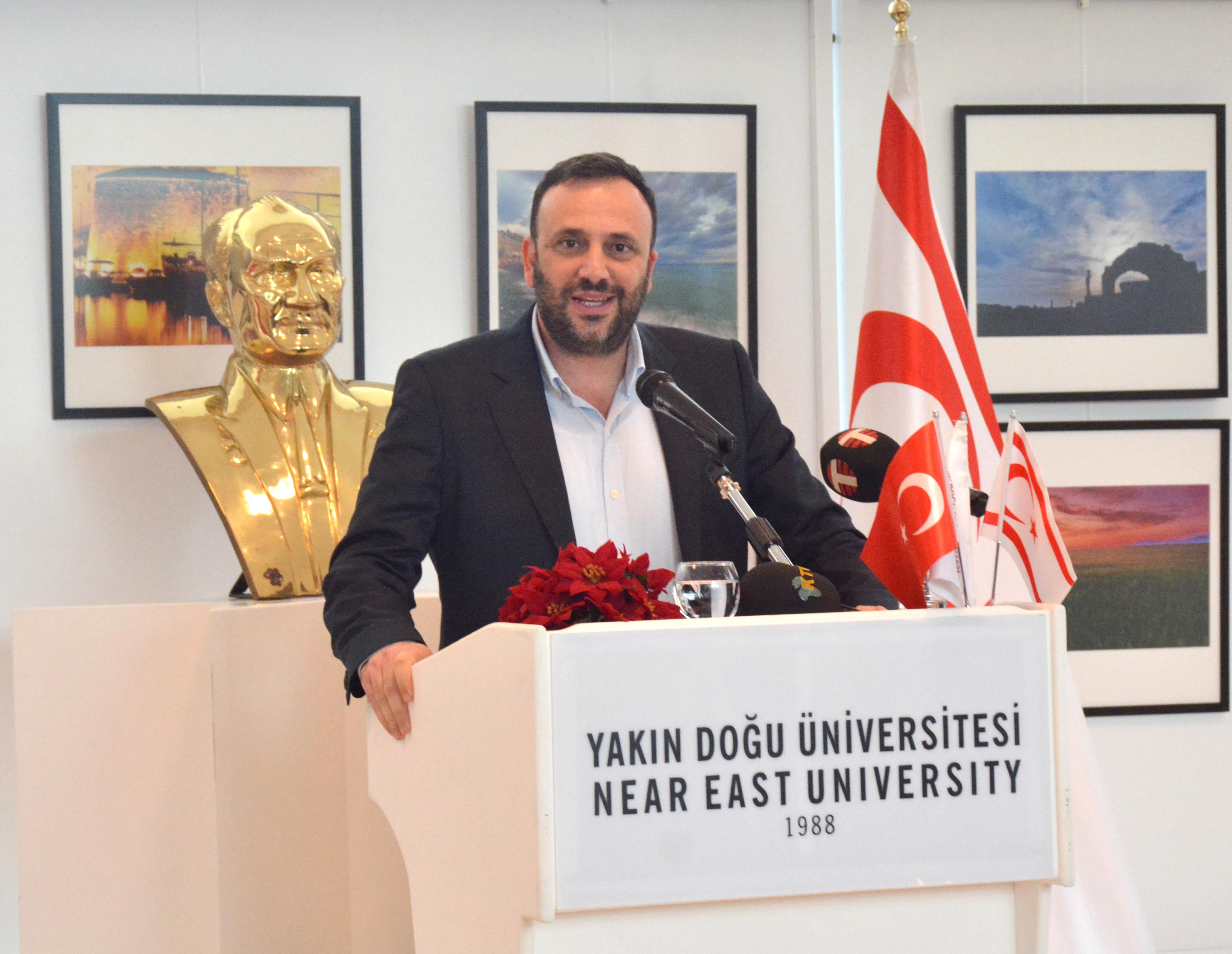 Minister Zeki Çeler: “It is an Honor to Open the Largest Museum Among the Turkic Republics...“
Zeki Çeler, Minister of Labor and Social Security, said that he was pleased and excited to be at an event where valuable art works are exhibited. He said that Near East University has taken serious steps in health and culture as much as in the field of education.

Stating that important steps taken in terms of the nation's existence and development of culture, Minister Çeler said, “The opening of the The Cyprus Museum of Modern Arts, which will possibly be the biggest museum among the museums in our country and in the Turkic countries, and will also be example for the European countries, has honored us. "

Stating that it is a serious mistake that people keep their art and the photographs they take in the memory only on their phones and not transferring them to future generations, Minister Çeler emphasized that those who will be on hand when the technology ends will be real data and therefore such activities should be supported.

"Our Works find their value through the Museum..."
Ediz Tuncel spoke about the exhibition after the award ceremony and said: "The artworks exhibited here have a background and huge accumulation, when we look at the pictures from the distance, they look like a photograph, but when you look at them from a close distance, they look like paintings. We are hereby offering the art lovers accumulations we have. I think that there is no other university or institution in the world that managed to create such a large and rich collection of artworks in such a short time. While universities give more weight to science and academic development, the Near East University has changed this tradition and has given value to education, science, and following this, to health and culture which are needed by the society. The majority of the visual arts masters in our country are here. Thousands of works of hundreds of artists have been included in the collection so far. With the foundation of the Cyprus Museum of Modern Arts, the problem of organizing an exhibition for artists was largely addressed. This museum will make its name known in the coming centuries. The works created in our geography will be inherited by our children through the museum. I am honored to be a part of this".

Following the presentation of awards, the ribbon was cut and the exhibition was visited...
The North Cyprus Mixed Photo-Painting Exhibition, which consists of photos taken by Elif Tuncel and Ediz Tuncel at every corner of North Cyprus and selected from the photographs that reflect the natural, cultural, human and historical values of our country, will be open between 10.00-12.00 for two weeks at the Faculty of Dentistry Exhibition Hall. 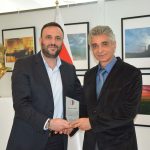 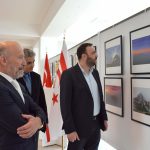 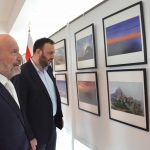 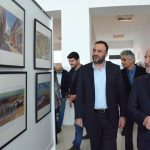 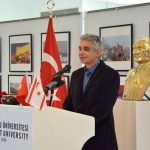 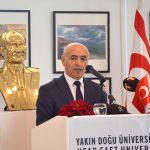 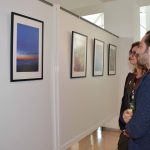 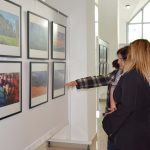