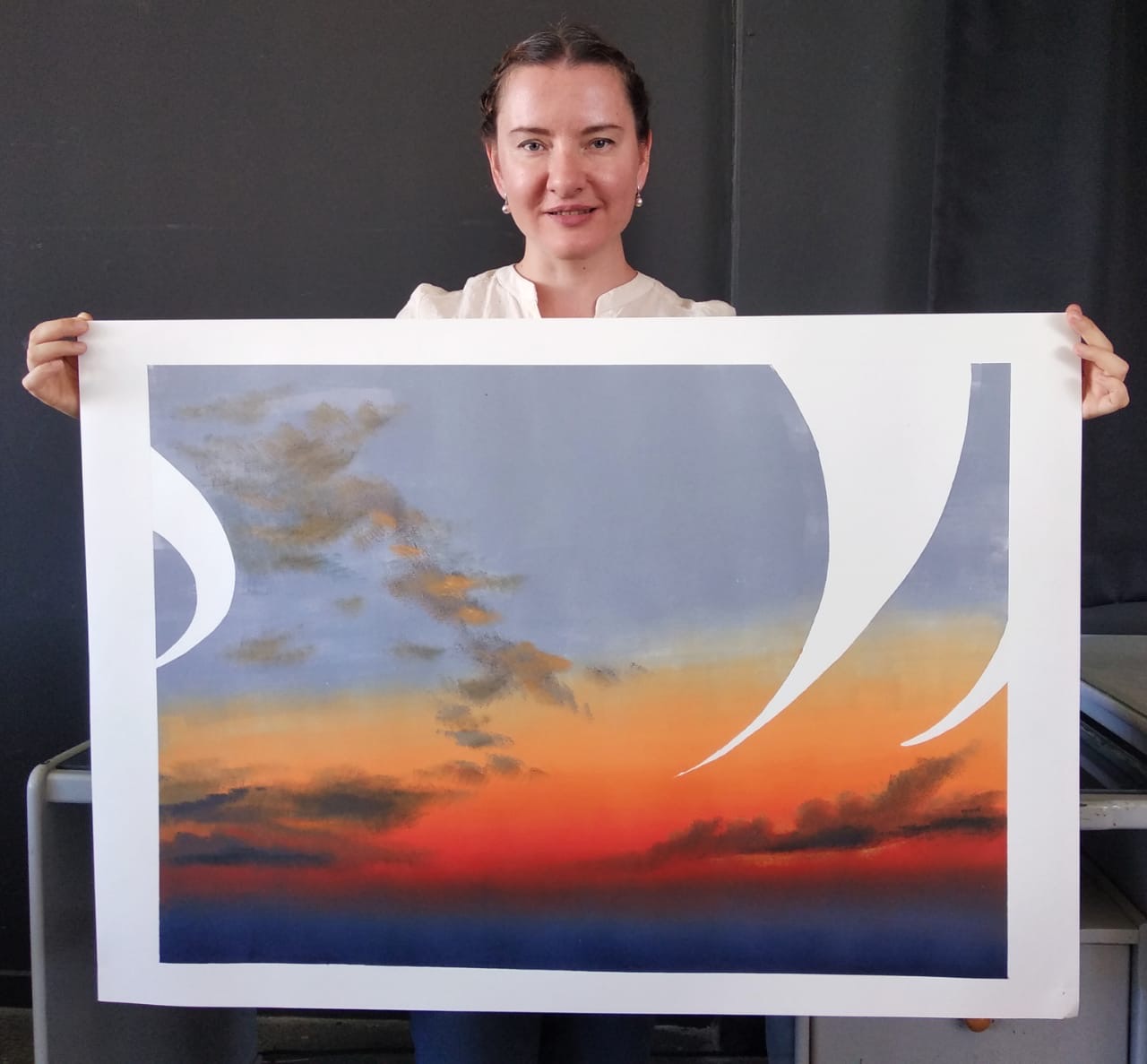 A long quarantine process took place within the framework of the measures taken in the outbreak of Covid-19, which also affected our country, as is the case in the rest of the world. Painting, sculpture, ceramic and print painting artists continued to produce for the Cyprus Museum of Modern Arts in order to support the fight against Covid-19 during this process.

During the Covid-19 quarantine days, artist Tetiana Ocheredsome painted some of the historical, cultural and touristic places of Cyprus; the Barnabas Monastery, Kyrenia Castle, Kyrenia Pier, Lala Mustafa Pasha Mosque and Bellapais Monastery for the Cyprus Museum of Modern Arts.

According to the information provided by the Press and Public Relations Directorate of Near East University, artist Tetiana Ocheredko said that she sees the Cyprus Museum of Modern Art, which was established on the Near East University Campus Museum District where important works of painters from 14 Turkic States are located, as a window to the future. She has depicted the St. Barnabas Monastery which was built in the name of St. Barnabas, and which is located in the Famagusta region of Cyprus, and stands out as an icon and archeology museum inviting Christianity to the island.

Bellapais Monastery
Bellapais Monastery, on the other hand, was built in the 12th century during the Lusignan period in the Kyrenia district of Cyprus, and the building is one of the most beautiful eastern examples of gothic architecture.

Lala Mustafa Pasha Mosque (St. Nicholas Cathedral)
Lala Mustafa Pasha Mosque, formerly called (St. Nicholas Cathedral), is depicted in the historical district where the city center is located within the fortress of Famagusta. In the 14th century, under the Lusignan administration, the Cathedral was one of the most beautiful Gothic buildings in the entire Mediterranean world, built as the twin of the Notre-Dame Cathedral in Reims, France. The cathedral was converted into a mosque with the conquest of the island by the Ottoman Empire.

Who is Tetiana Ocheredko?
She was born in Kiev, Ukraine, in 1985. In 2010, she graduated from the Igor Sikorsky Graphic Faculty of the Kiev Polytechnic Institute. She is a member of the National Artists Association of Ukraine. In 2012, she received scholarships given to gifted young people by the Municipality of Kyiv City for their personal creative contribution to the development of the city and their high success in social life. In 2012, she was given a scholarship by the Kiev Mayor for her personal creative contribution to the development of the city and high achievements in social life. Since 2007, she has participated in more than 15 national and 25 international painting and graphic exhibitions and outdoor painting. Between 2008 and 2018, she created more than 15 paintings for children and adult books published in Ukraine and abroad. In 2016, she worked as an animator of the world's first feature-length animated film, "Loving Vincent", about the life and death of Vincent Van Gogh. In 2018, the movie "Loving Vincent" was nominated for an Oscar and Golden Globe Awards. In 2018, she was awarded at the exhibition titled "Engravings of the World", an engraving and sculpture exhibition held by the Greek Alzheimer's Disease and Associated Diseases Association in collaboration with the Archaeological Museum of Thessaloniki. In 2011, she won the "Green Wave" art competition held at the Artist Gallery in Kiev, Ukraine. In 2019, she opened her solo art exhibition "Repin's places" in Kiev. She also organized the personal engraving exhibition "Different and similar". In 2015, she opened her personal engraving exhibition "Our World" in Minsk, Belarus. In 2011, she opened her solo engraving exhibition titled "My Kiev" at the Kiev Cultural Artists Museum. She participated in exhibitions in Belarus, Ukraine, Bulgaria, Russia, Poland, Czech Republic, Turkey, Egypt, Spain and participated in the international open-air exhibition in China. Her works take place in museums and private collections in Ukraine, Egypt, Poland, Latvia, Spain, Italy, England, Germany, Australia, Egypt, USA, Greece and China. 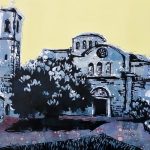 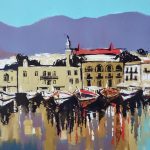