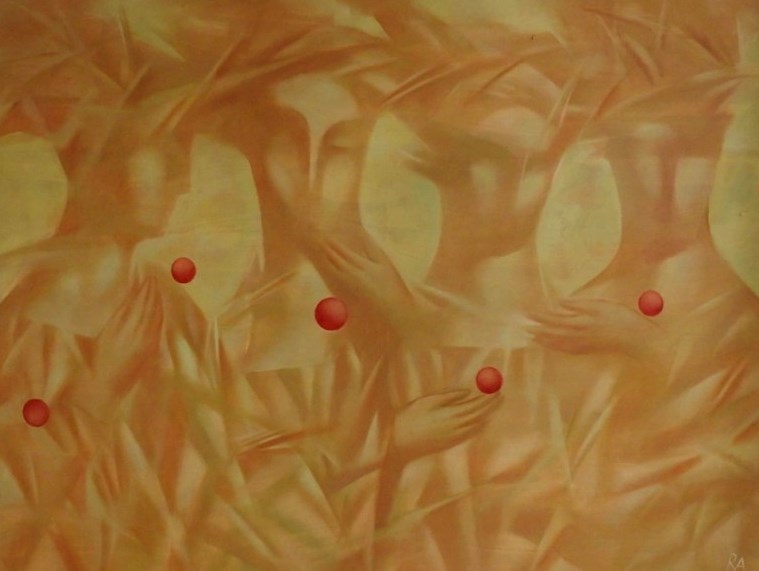 Artist Rana Amrahova will present her solo exhibition consisting of 35 artworks and titled “Love Message” for the Cyprus Museum of Modern Arts on Thursday, July 23, at 09.00.
According to the information given by the Press and Public Relations Directorate of Near East University, the solo exhibition "Love Message" consisting of 35 artworks of artist Rana Amrahova will be opened at the exhibition hall of the Near East University Faculty of Medicine at 09:00 on Thursday, 23 July.

The artist, who received the title of associate professor in 2008 via the Senate decision of the Azerbaijan State Academy of Fine Arts, was awarded an associate professor diploma by the Azerbaijan State Attestation Commission in 2010. She has been working as a lecturer at the Faculty of Architecture and the Faculty of Fine Arts and Design of Near East University since 2016.

The artist has taken part in the organization of various artistic and academic events so far. She has participated in many national and international exhibitions. In 2013, she participated in the 3rd Gabala International Art Exhibition held in Azerbaijan and awarded the "Inspirational Work" certificate. In 2015, she opened her solo exhibition at the exhibition center of Baku Museum of Modern Art.
Her works take place in the private collections in many countries as well as in the collection of Baku Modern Art Museum and Cyprus Museum of Modern Arts. She is the author of two textbooks respectively titled "Art of Design-Designing with light and shadow" and "Classic portrait design.”