Created especially for the Cyprus Museum of Modern Arts, Artist and Academician Assoc. Prof. Dr. Murad Allahverdiyev’s Personal Exhibition Comprising 25 Artwork titled as “Breezes from the Island” has been opened by the Chairman of the Board of Trustees of Near East University Prof. Dr. İrfan S. Günsel 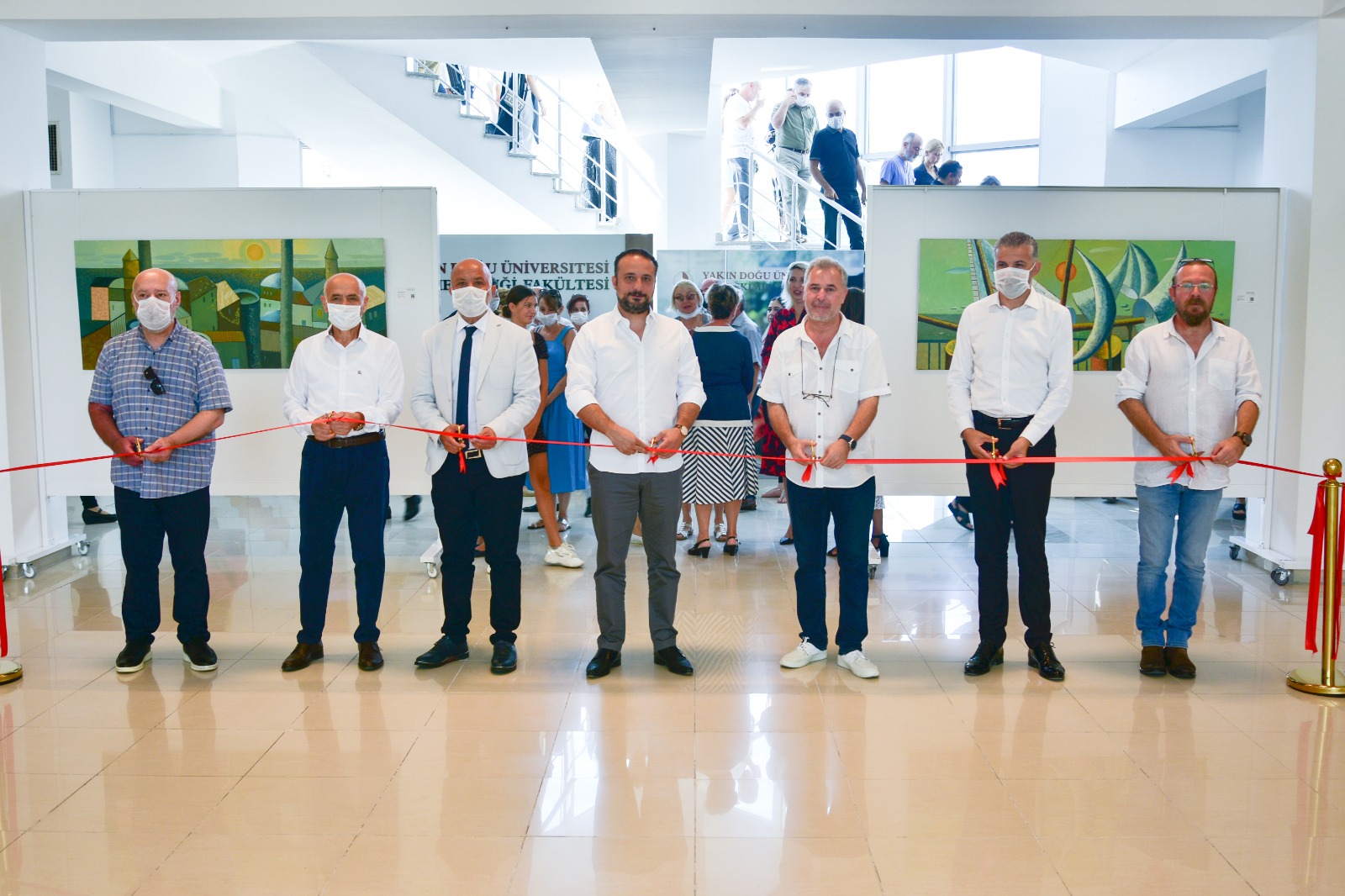 It was announced that Academic Member of the Department of Art Teaching of Near East University and Artist, Assoc Prof. Dr. Murad Allahverdiyev’s personal exhibition titled as “Breezes from the Island” that includes 25 art pieces has been opened by the Chairman of the Board of Trustees of Near East University Prof.Dr. İrfan S.Günsel, at the exhibition hall of Faculty of Dentistry.

It was stated that at the opening ceremony, both Vice Rector of Near East University Prof.Dr. Tamer Şanlıdağ and artist Murad Allahverdiyev made a speech. Subsequently, a bronze bust of Murat Allahverdiyev was opened.

Assoc. Prof. Dr. Murad Allahverdiyev: “It is a great honour to be a part of Cyprus Museum of Modern Arts as it is the first and only of its kind in Cyprus and in the world!”
During his speech, Artist and Academician, Assoc. Prof. Dr. Murad Allahverdiyev stated that he wanted to express much gratitude to the Founding Rector of Near East University Dr. Suat Günsel and to the Günsel family as a whole for offering this chance and for providing the conditions for art to be given so much value, both on campus and on the island. He said that in other words, art and artists are valued as they should be in the best possible way. Furthermore, he stated that what they, as artists, needed to do was to put forth their art. Moreover, he pointed out how it was a great honour for him to work in such a distinguished university. He ended his words by expressing much gratitude to Dr. Suat Günsel and his family for making him part of the Cyprus Museum of Modern Art, which will be the first in Cyprus and in the world.

“Breezes from the Island” is the 352nd Exhibition of the Cyprus Museum of Modern Arts
In his speech, Prof.Dr. Tamer Şanlıdağ said: “A new exhibition was added to the exhibitions held within the scope of the Cyprus Museum of Modern Art project, and that the personal exhibition of Assoc. Prof. Dr Murad Allahverdiyev’s exhibition, titled as “Breezes from the Island” was the 352nd exhibitions held so far. The artist has reflected his visual impressions of the geography he lives in onto canvas using oil paints. The impression underlined here also points directly to the artistic attitude of Allahverdiyev. The landscapes the artist constructs in geometric forms show the effects of impressionism, that is, impressionism and post- impressionism movements. Island colors such as green, blue, white, yellow, and orange appear in pictorial language on a quiet street in summer heat, on the rising walls of an ancient monastery or in the moonlight embracing the landscape with the landscape, on a quiet street with olive, palm, cypress trees and jasmine flowers.”

An Award was presented and the Opening of the artist’s bust and his personal exhibition was realised
It was stated that after the speeches, Chairman of the Board of Trustees of Near East University Prof.Dr. İrfan S.Günsel presented the FERGÂNÎ award to Murad Allahverdiyev. Later, the bronze bust created by the Kyrgyzstan Sculptor İsken Abdaliev was opened, followed by the ribbon cutting ceremony of the personal exhibition. It was indicated that the exhibition was available to visit until 9th August 2020 during 08:00-16:00 at the exhibition hall of the Faculty of Dentistry of Near East University. 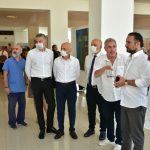 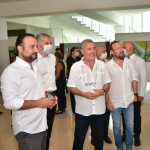 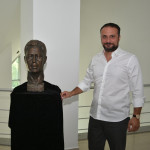 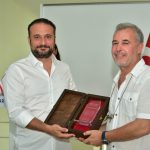 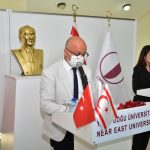 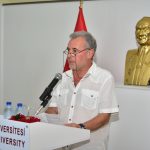 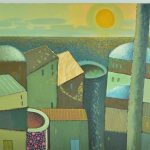 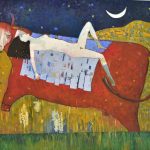