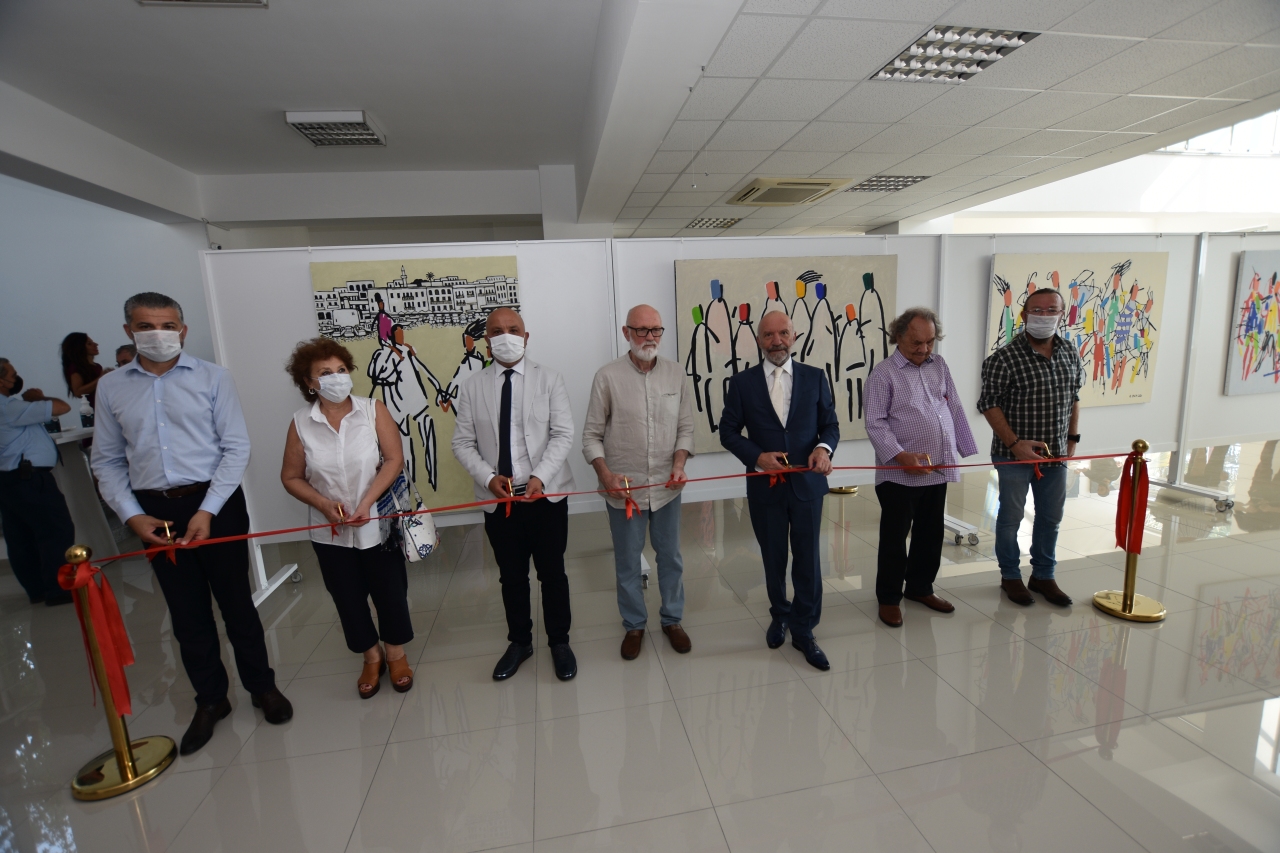 Hosted by the Cyprus Museum of Modern Arts, two solo painting exhibitions consisting of works of Alexey Utkin and Asgat Dinikeyev were realized at the Near East University Faculty of Medicine Exhibition Hall, with the participation of Founding Rector of Near East University, Dr. Suat İ. Günsel.

According to the information given by the Press and Public Relations Directorate of Near East University, two solo painting exhibitions consisting of artworks of Alexey Utkin and Asgat Dinikeyev were held at the exhibition hall of the Faculty of Medicine and Founding Rector of Near East University Dr. Suat İ. Günsel, Vice-Rector Prof. Dr. Tamer Şanlıdağ, deans, institute directors, faculty members and artists attended the opening ceremony.

Asgat Dinikiyev; "I have accumulated many memories by living here many nice moments."
In his speech at the opening, artist Asgat Dinikeyev, addressing to Founding Rector Dr. Suat İ. Günsel and the participants said; “Dear Dr. Suat Günsel, guests, colleagues; Thank you very much for taking the time to come to our exhibitions and sharing the happiness of this moment with us. I was very happy to have stayed in Cyprus for 7 months, where I came for 20 days to participate in the workshop. During this time, I have accumulated many memories by having many beautiful moments here. I would like to express my gratitude to Dr. Suat Günsel for inviting me to be a part of the unique and magnificent Cyprus Museum of Modern Arts project. In addition, I would like to thank your professional team that took part in this project. I wish everyone health, prosperity, and success."

Prof. Dr. Şanlıdağ; “Contemporary artists of Kazakhstan strive to create original works in all branches of art based on their own culture. Thus, while contributing to the development of national consciousness, they also present original works to the world's art life. Today, we are together at the exhibition of those artists. The exhibition "Cyprus Landscape and Varieties", which consists of 20 works by Alexey Utkin, who has participated in many national and international exhibitions and makes the most beautiful landscape paintings in his country, and 20 works of Asgad Dinikiyev, the artist who has the title of State Artist of Tatarstan and Kazakhstan and has received many awards. We are opening two separate solo painting exhibitions titled “Poetry of Time” "Cyprus Landscape and Varieties". Both artists were honored with the Silver Key award by our university. Now, the Uluğ Beg award given to International Painting Artists within the scope of Alasia Awards will be presented. Along with these exhibitions, the number of exhibitions organized within the scope of the Cyprus Museum of Modern Arts project has reached to 356. On behalf of our university, I would like to thank all our artists in general, and especially the artists whose exhibitions are held today, for their contributions to the Cyprus Museum of Modern Arts."

Awards were presented, the exhibition ribbon was cut...
After the opening speeches, Vice-Rector Prof. Dr. Tamer Şanlıdağ presented artist Alexey Utkin and Asgad Dikiniyev with the Uluğ Beg awards given to International Artists within the scope of Alasia Awards. Then, the exhibition ribbons were cut. The exhibitions can be visited at the Near East University Faculty of Medicine Exhibition Hall between 08.00-16.00 on weekdays until Friday, September 11, 2020. 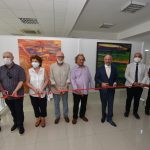 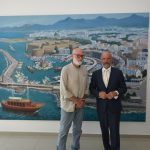 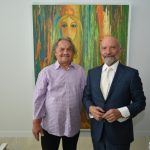 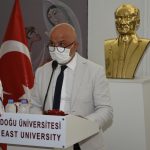 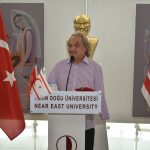 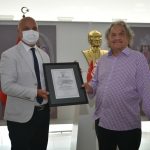 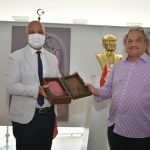 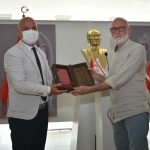 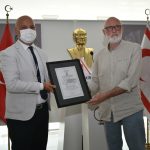 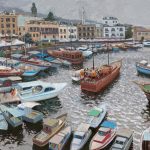