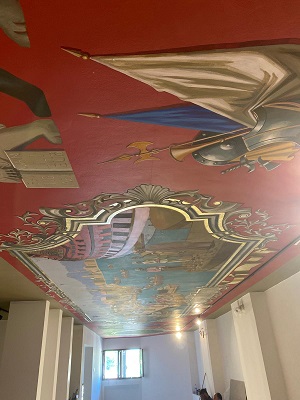 SBelieving that the cultural environment created through art will establish a strong bridge between the past and the future of the society, Near East University is preparing to bring art to the center of Nicosia with the "Walled City Museum" to be opened in the Walled City. The "Walled City Museum", which will be put into service in the old building of Ziraat Bank at the Kyrenia Gate, which was restored with the initiative of Günsel Family, will be opened on the week of 15 November Republic Day.

The "Walled City Museum" will be the second museum opened by the Near East University in the center of Nicosia, after the "Gunsel Art Museum" opened in Dereboyu in February. The "Walled City Museum", which will open its doors to art lovers on November 15, will mediate the meeting of the cultural identity of Cyprus with the national and international art environment through the combination of art and culture environment it will create in the capital.

The Museum Art established by the Near East University aims to turn it into an indispensable part of social life
With the Cyprus Museum of Modern Arts, Nicosia Walled City Museum, Cyprus Car Museum, Herbarium and Natural History Museum, National History Museum and Günsel Art Museum that it established, Near East University has made art one of the indispensable parts of social life.

The museums established within the body of Near East University have been developing up an important cultural accumulation that will shape the future with artworks from all areas of contemporary art. On the other hand, the museums strengthen the ties of society with the past by bringing the history of Cyprus and the world to this day with the collections ranging from classical automobiles, historical artifacts that reflect the national culture of TRNC, thousands of species of plants and living things, fossils and remains that shed light on the geology of Cyprus.

Rana Amrahova: "We are building a bridge between tourism, museum and cultural heritage..."
Rana Amrahova, Director of the Walled City Museum, said that the most important mission of the Walled City Museum, which will open its doors on November 15, is to raise future generations as art lovers and to lead the spread of art in society by sustaining interest. Emphasizing the unifying and multiplying power of art, Amrahova stated that the cultural values that will be accumulated with the works exhibited in the “Walled City Museum” will shed light on future generations.

Stating that the museum has an extremely rich collection, Rana Amrahova said, “By undertaking the task of exhibiting visual culture elements and bringing them together with the audience, we will bring together all the works in the modern and contemporary field with the society. The museum located in the city will also lead to the development of culture and art tourism. We want to turn Nicosia into a center of attraction for tourists visiting our country by establishing the relationship between tourism, museum, and cultural heritage." 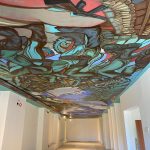 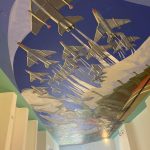