On the 15th of November Republic Day, the “Walled City Museum” will be opened to the public free of charge. 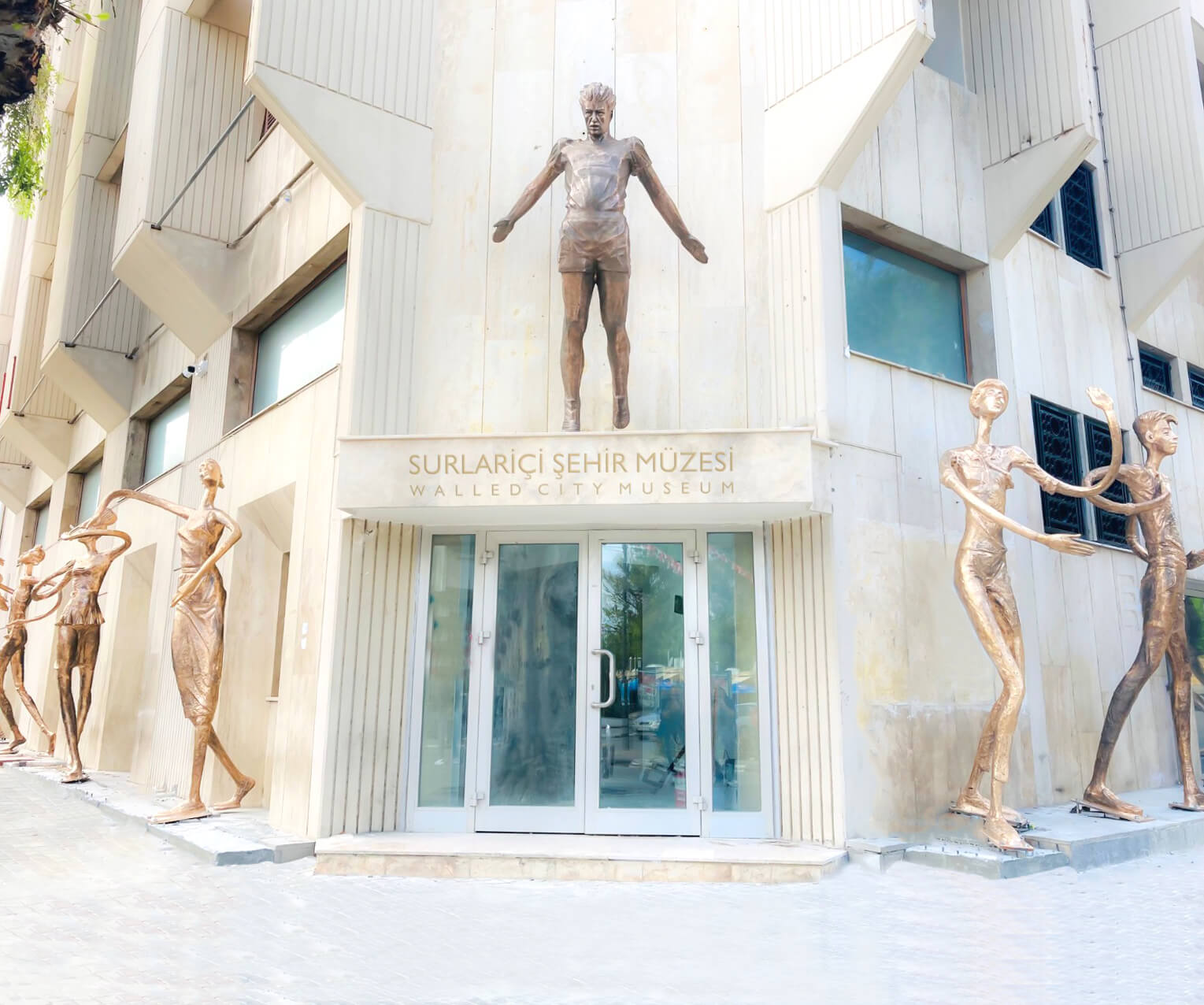 Acting with a view that considers art as the source of humanity and civilization, Near East University will open the “Walled City Museum” to the public free of charge on the 15th of November Republic Day. The "Walled City Museum" will be open to visitors as of 10:00 on Sunday, November 15th.

Near East University is preparing to bring art to the center of the capital by combining culture with the "Walled City Museum" that will be opened in the Walled City, which is the historical district of Nicosia and has witnessed many historical events throughout its streets. The "Walled City Museum", which will be put into service in the old building of Ziraat Bank at the Kyrenia Gate, which was restored with the initiative of the Günsel Family, will be opened to the public free of charge on November 15, on the Republic Day. “Walled City Museum” will be a sign of the existence of Turkish Cypriots in these lands.

Statues at the Museum entrance symbolize victory...
At the entrance of the Walled City Museum, there are 9 bronze statues of three meters each. The first of the statues symbolizes an imposing three-meter athlete, who was triumphant, above the museum's door. The other 8 sculptures which are three meters in height and surrounding the Walled City Museum show the dancers celebrating this victory. Dancers, men and women, reflect the enthusiasm of victory inside the museum. These sculptures at the entrance of the museum also refer to the victory celebrations of our Republic.

This victory was reflected on the ceiling of each floor of the Museum by the award-winning painters. Among the works drawn on the ceilings are the conquest of Cyprus by the Ottoman State and the 20 July 1974 Peace Operation. Thus, the victory celebrations, which started outside the Walled City Museum, continue with gold leaves on the ceilings of the museum.

Contemporary art and history are intertwined at the Walled City Museum ...
The works to be exhibited in the "Walled City Museum" will offer a wide range of visual arts. At the museum, the works of many award-winning artists, made in various techniques about Nicosia and Cyprus, will be presented to the taste of art lovers and everyone interested in culture. In addition, many materials belonging to the social, cultural and political past of Nicosia will be animated in the museum. Having an important place in the history of Cyprus and continuing to do so, hyperrealist silicone sculptures of political and cultural figures, including Dr. Fazıl Küçük and Rauf Raif Denktaş, will also be exhibited. In addition to personalities related to the history of Cyprus, busts of our award-winning artists will be found in our museum. The "Walled City Museum", designed as a living museum with temporary and permanent exhibitions to be held, will be one of the constant addresses of people.

More than one museum meet under one roof at the Walled City Museum
In the Walled City Museum, various historical certificates, decrees about Cyprus, the 16th century registry books of Nicosia and historical carpets will be exhibited by the Cyprus Foundations Administration. With the mission of reflecting the social and cultural life of the region where it is located, the Walled City Museum will feature many works that reflect the cultural heritage of Cyprus as well as original images of the traditional shadow play. In addition, various materials belonging to the Knife and Sword, Marine and Toy Car Museums will be exhibited for the visitors. The cafe on the terrace floor of the Museum will offer art lovers the opportunity to see historical Nicosia from a bird's eye view while sipping their coffee or tea and having pleasant conversations on art and culture.