The opening of Alexey Utkin’s “Cyprus Landscape and Miscellaneous” and Asgat Dinikeyev’s “Poetry of Time” Exhibitions to be held at the Kyrenia University Fine Arts Gallery on Monday, March 1

The opening of the "Cyprus Landscape and Miscellaneous" and "Poetry of Time" exhibitions prepared by artists Alexey Utkin and Asgat Dinikeyev for the Cyprus Museum of Modern Arts, which was previously announced to be opened on February 22, will be realized on Monday, March 1. The exhibitions will meet their visitors at the Kyrenia University Fine Arts Gallery on the announced date.

Participating in many national and international exhibitions, Alexey Utkin's "Cyprus Landscape and Miscellaneous" exhibition consists of 20 artworks. Some unique details come to the fore in the works of the artist who depicts the historical regions of Nicosia and Kyrenia. The "Poetry of Time" exhibition, in which Asgat Dinikeyev depicts the evocations of time, also consists of 20 works. 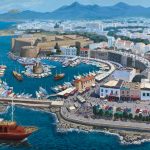 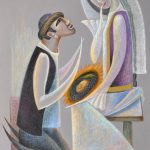 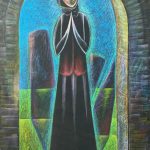 Who is Alexey Utkin?
Born in Russia in 1949, the artist graduated from the No.1 Boarding School in Almaty in 1969 where deaf children were educated, and then from the Kazakh National Academy of Arts in 1985. Alexey Utkin, who has been a member of the Artists Union of the Republic of Kazakhstan since 1999, has participated in many national and international exhibitions in Kazakhstan, Italy, USA, Russia and TRNC.