The “May Exhibition of Fine Arts” of the Cyprus Museum of Modern Arts and the solo ceramic exhibition of Kazakh artist Bagdat Sarsenbiyev named “Dedication” will be opened by President Ersin Tatar on Thursday, October 14 at 9.30, at the Near East University Atatürk Culture and Congress Center Exhibition 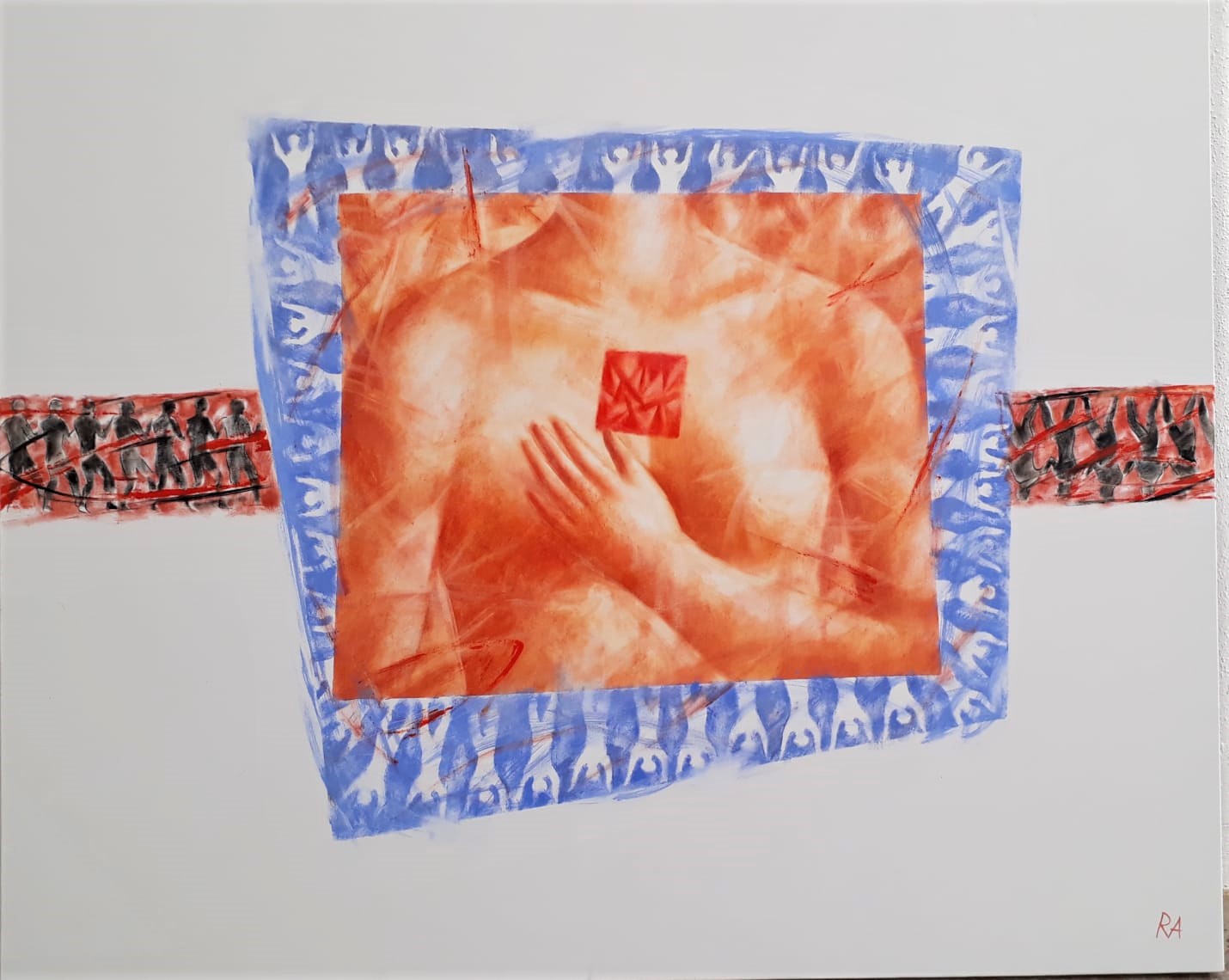 “May Exhibition of Fine Arts” consisting of 40 works in total, made by 15 academicians-artists from the Faculty of Fine Arts of Near East University for the Cyprus Museum of Modern Arts, and a solo ceramic exhibition called “Dedication”, consisting of 16 ceramic sculptures of Kazakh artist Bagdat Sarsenbiyev, will be opened by President Ersin Tatar at the Atatürk Culture and Congress Center Exhibition Hall on Thursday, October 14 at 09.30.

The “May Exhibition of Fine Arts”curated by Assoc. Prof. Dr. Erdoğan Ergün, Near East University Faculty of Fine Arts and Design Deputy Dean and GÜNSEL Art Museum Director, will feature paintings, sculptures, ceramics and prints by award-winning artists from Near East University. Both exhibitions, which will open on October 14, can be visited until the end of the month.

Assoc. Prof. Dr. Erdoğan Ergün: “Artists reveal social problems in their works by reflecting their own realities.”
Assoc. Prof. Dr. Erdoğan Ergün emphasized that this situation also turned into an act of revealing social problems. Assoc. Prof. Dr. Erdoğan said, “The ability of artists to reach many readers, listeners or viewers with the works they produce creates great responsibilities on themselves. When we think of responsibility as also a state of accountability for a work done by someone, we can regard exhibitions as the interface of the accountability of the artists.” Assoc. Prof. Dr. Erdoğan Ergün said, “As the most “beautiful” academic unit of our Near East University, within the Faculty of Fine Arts and Design, which brings art lovers together by opening new exhibitions every month, I am delighted to be under the same roof and share this responsibility with our enlightened academic staff who produce, design, think, follow international art developments, are aware of the period in which they live, and question. In addition, I am grateful to my teacher Suat Günsel, our esteemed Founding Rector, for his efforts to bring our works together with every segment of society and for encouraging us to do so.” Stating that they brought the works they produced in May together with art lovers in October due to the pandemic, Assoc. Prof. Dr. Ergün said, “In our exhibition, which is exclusively prepared for our Cyprus Museum of Modern Arts and is the 385th exhibition, art lovers will have the opportunity to see the works of award-winning academics and artists, whose works they have watched separately, together in the same space.”

His work “Man with the Carpet” depicts a stone found in Central Asia. The artist emphasizes with this sculpture that rock petroglyphs were used in the patterns of national carpets, which he designed as a reflection of the legacy of the ancient Turks revealed through archaeological excavations. 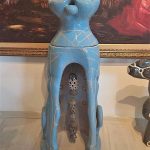 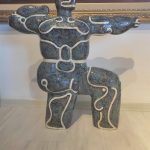 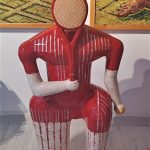 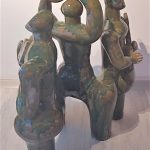 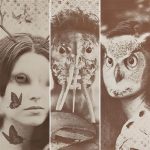 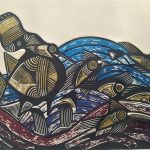