5 exhibitions organized by the Cyprus Museum of Modern Arts in honor of the 38th anniversary of the Turkish Republic of Northern Cyprus were opened by President Ersin Tatar at the Near East University Communication Faculty Exhibition Hall. 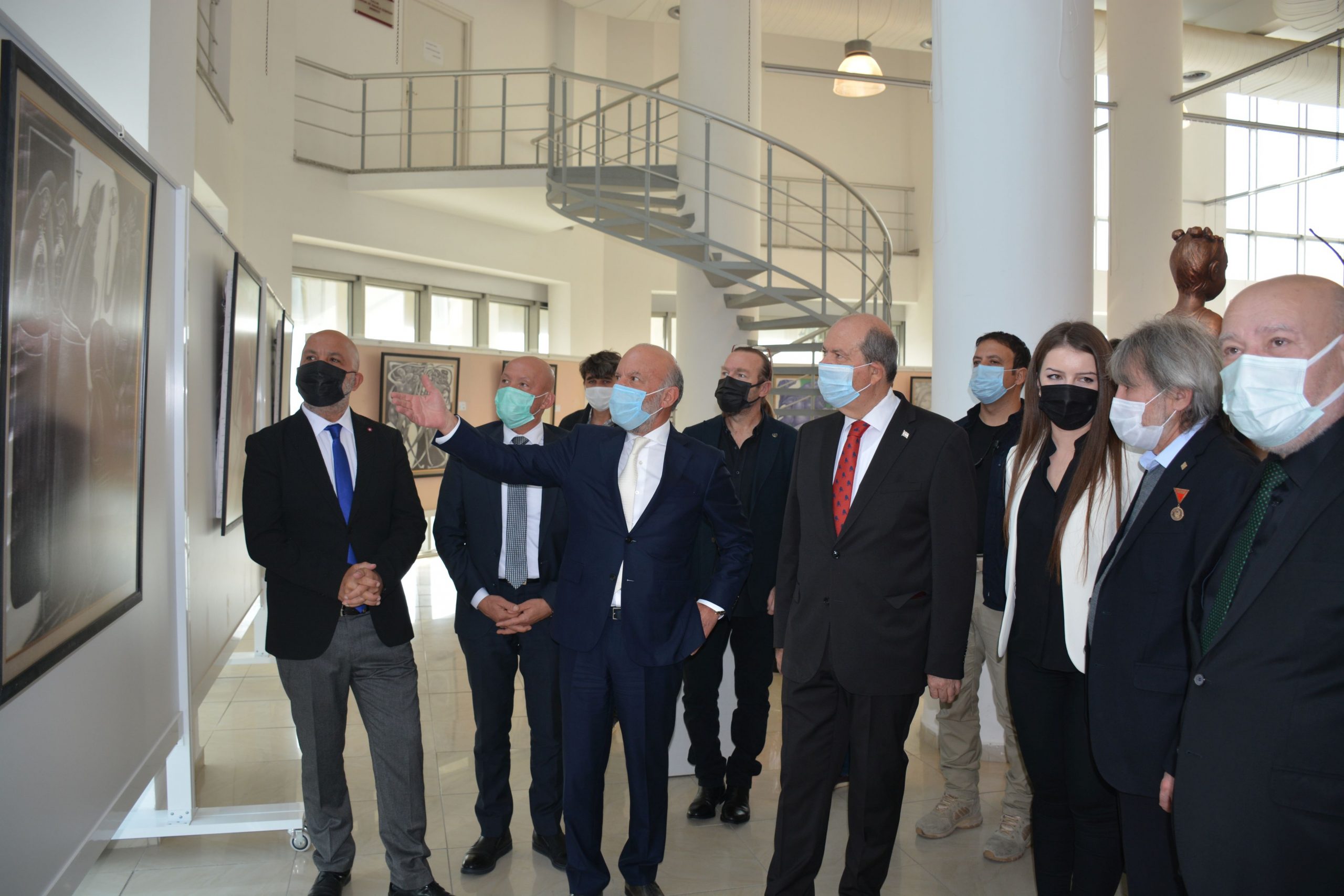 As part of the celebrations of the 38th anniversary of the Turkish Republic of Northern Cyprus, 5 exhibitions organized by the Cyprus Museum of Modern Arts, bringing together oil paints, printmaking, ballpoint pen on silk, sculpture and ship models, were opened by President Ersin Tatar at the Exhibition Hall of the Faculty of Communication of Near East University.

President Ersin Tatar: "As we celebrate the 38th anniversary of our Republic, we look to the future with hope and confidence."
Speaking at the opening of the exhibitions organized by the Cyprus Museum of Modern Arts, held as part of the 38th anniversary celebrations of the Turkish Republic of Northern Cyprus, President Ersin Tatar said, "I am happy to open such meaningful and important exhibitions in the week we celebrate the founding anniversary of our Republic."

President Ersin Tatar touched upon the Kazakh artist Rakhat Saparalieva's works depicting the Arpalık, Ayvasıl, Muratağa-Sandallar massacres and the Erenköy resistance, and said, “I see it as a very meaningful sign of our cooperation that an artist from Kazakhstan immortalized these tragic events, which left important marks in our history, through art, and that it is also an important sign that we have a heartfelt relationship with the Turkic geography.”

Reminding that the Organization of Turkic States met in Istanbul recently, President Ersin Tatar said, “At the meetings of the Organization of Turkic States, President of Turkey, Mr. Recep Tayyip Erdoğan, expressed that what he wants in his heart is that the Turkish Republic of Northern Cyprus is to be recognized as a part of this organization. I want to thank His Excellency for his expressions. However, of course, there may be diplomatic difficulties that we have to overcome. As the TRNC, we are overcoming the diplomatic difficulties we are experiencing with our own will. We are making our voice heard all over the world, not only in the political sense, but also in the fields of culture, art, and education.”

President Tatar also addressed Southern Cyprus in his speech, that the TRNC has come a long way up to the point it has reached today and that it is now a respected country. President Tatar said, “We are two independent states living side by side. Just as we respect their sovereignty and state, they must also respect our state, nation, democracy and culture. Our struggle is to live in peace. We look to the future with hope."

Prof. Dr. Şanlıdağ said, “Today, the Turkish Republic of Northern Cyprus develops its own automobile and its own PCR kit; it is a country that carries out R&D in fields such as artificial intelligence and genetics that require high technology and scientific ability, and is rapidly advancing towards transforming the Mediterranean today into one of the richest and most powerful art centers in the world of tomorrow, with the art environment it has created. While our Northern Cyprus strengthens its roots in these lands and integrates with the world, it will continue to walk into the future with strong and determined steps, taking the most important power from science and art."

Reminding the words of Gazi Mustafa Kemal Atatürk; "Without art, one of the lifebloods of a nation has been severed", Prof. Dr. Erdal Aygenç said, “Atatürk pointed out how inseparable the science, technique and art are, and that they are essential for social development and progress.” prof. Dr. Erdal Aygenç said, “The Near East Enterprises and Near East University is an exemplary structure in which this consciousness embodies with all its units; It is the home of those whose heart beats with patriotism. Every exhibition that takes place, established museums, cultural centers, libraries, programs, contributions to education; All breakthroughs in science, technology, health, sports, culture and art are illuminated steps that will lead us and the country to a bright future."

Rakhat Saparaliyeva: “I wanted to carry the events that we do not want to happen again in the history of Cyprus to the future.”
Rakhat Saparalieva, who depicted the Arpalık, Ayvasıl, Muratağa-Sandallar massacres and the Erenköy resistance, which left deep traces in the memory of the Turkish Cypriot community in his works included in the exhibition titled “Memory”, said, “This exhibition has a very different meaning for me. In this exhibition, I tried to paint historical events related to the history of Cyprus.”

Saying that he made use of archive photographs of the events in his works, Saparalieva said, "In my paintings, I wanted to convey these events, which we do not want to happen again in the history of Cyprus, to the future by conveying the feelings of the Turkish Cypriot people who experienced the war." 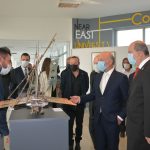 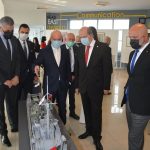 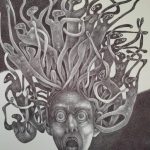 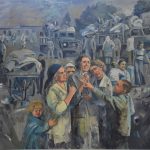 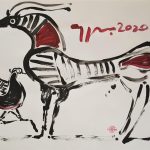 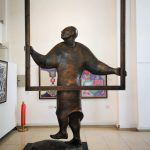 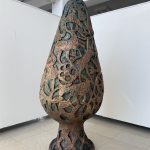