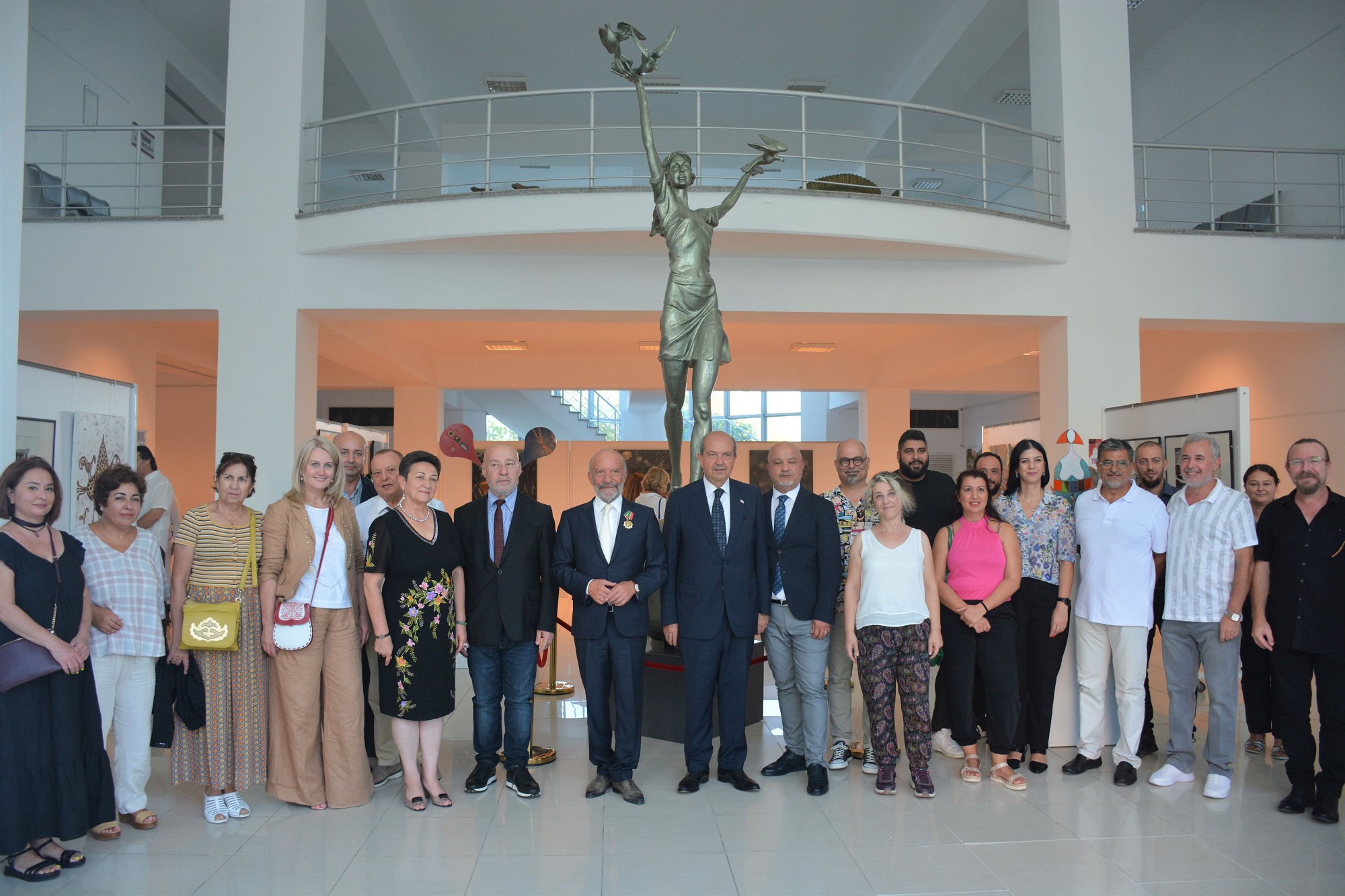 Held in honor of the delegation of Tatarstan’s important university, library and museum officials, the “Fine Arts September Exhibition” was opened by President Ersin Tatar at the Near East University Faculty of Dentistry Exhibition Hall.

The “Fine Arts September Exhibition” consisting of works of 16 artist-academicians from the Near East University Fine Arts and Design Faculty, brings together 50 works of art, consisting of paintings, sculptures, ceramics, stained glass and prints, with art lovers.

The exhibition, which was held in honor of the Tatarstan Delegation consisting of Rudenko Gulzada Rakipovna, General Director of the Elabuga State Open Air Museum of History, Architecture and Art; Dean of the Faculty of Working with Foreign Students of Kazan Medical University Koshpayeva Yelena Svyatoslavovna; Director of Kazan Federal University Elabuga Institute Merzon Yelena Yefimovna; Head of the Library of the Academy of Sciences of the Republic of Tatarstan Salyakhova Alfiya Flyurovna, Tatarstan State and People’s Artists Salyakhov Rabis Magalimovic and Marat Khayrutdinov, is the 427th exhibition held by the Cyprus Museum of Modern Arts.

The opening speeches of the exhibition, which will be open to visitors free of charge until 30 September, were made by President Ersin Tatar and Near East University Acting Rector Prof. Dr. Tamer Şanlıdağ and Dean of the Faculty of Fine Arts and Design Prof. Erdal Aygenç. 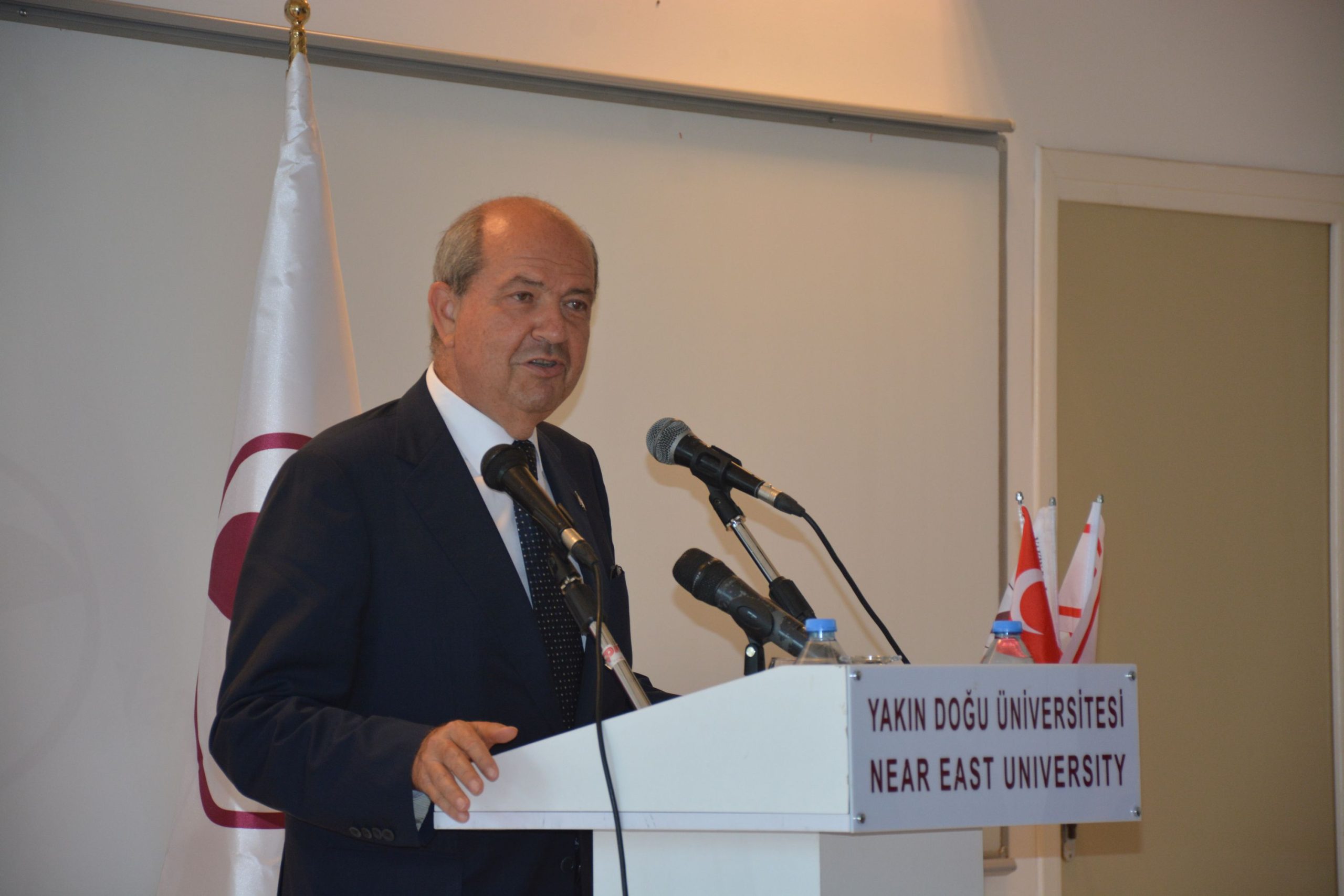 President Ersin Tatar: “Under the leadership of the Near East University and the Cyprus Museum of Modern Arts, we are giving the message to the people of the world that we will overcome the obstacles we are exposed to by integrating the world with art.”
Speaking at the opening of the Fine Arts September Exhibition opened in honor of the Tatarstan Delegation at the Near East University, President Ersin Tatar started his speech by greeting the guests from his homeland Tatarstan and said: We are happy to host such a meaningful art event at the Near East University, the most exceptional university of the Republic of Turkish Republic of Northern Cyprus. Our ties from our common ancestors brought us together here.”

Stating that the brutal embargoes that the Turkish Republic of Northern Cyprus has been exposed to will be overcome by integrating with the world through art, President Tatar said, “We are giving the message to all people of the world that we will overcome these obstacles by integrating with art, under the leadership of the Near East University and the Cyprus Museum of Modern Arts.”

Stating that the Turkish Republic of Northern Cyprus is an inseparable part of the Turkic world, President Ersin Tatar said, “Although there are thousands of kilometers between us, we have kinship ties and unity of heart with all Turkic Republics, especially Tatarstan. Maybe we speak different languages ​​today, but our history is one, our culture is one, our feelings are one, our hearts are one. The most important way of expressing this unity is art. Today, here at the Near East University, we are happy to experience this unity.” While President Tatar congratulated the artists who contributed to the Fine Arts September Exhibition, He also thanked Dr. Suat Günsel, the Founding Rector of Near East University. 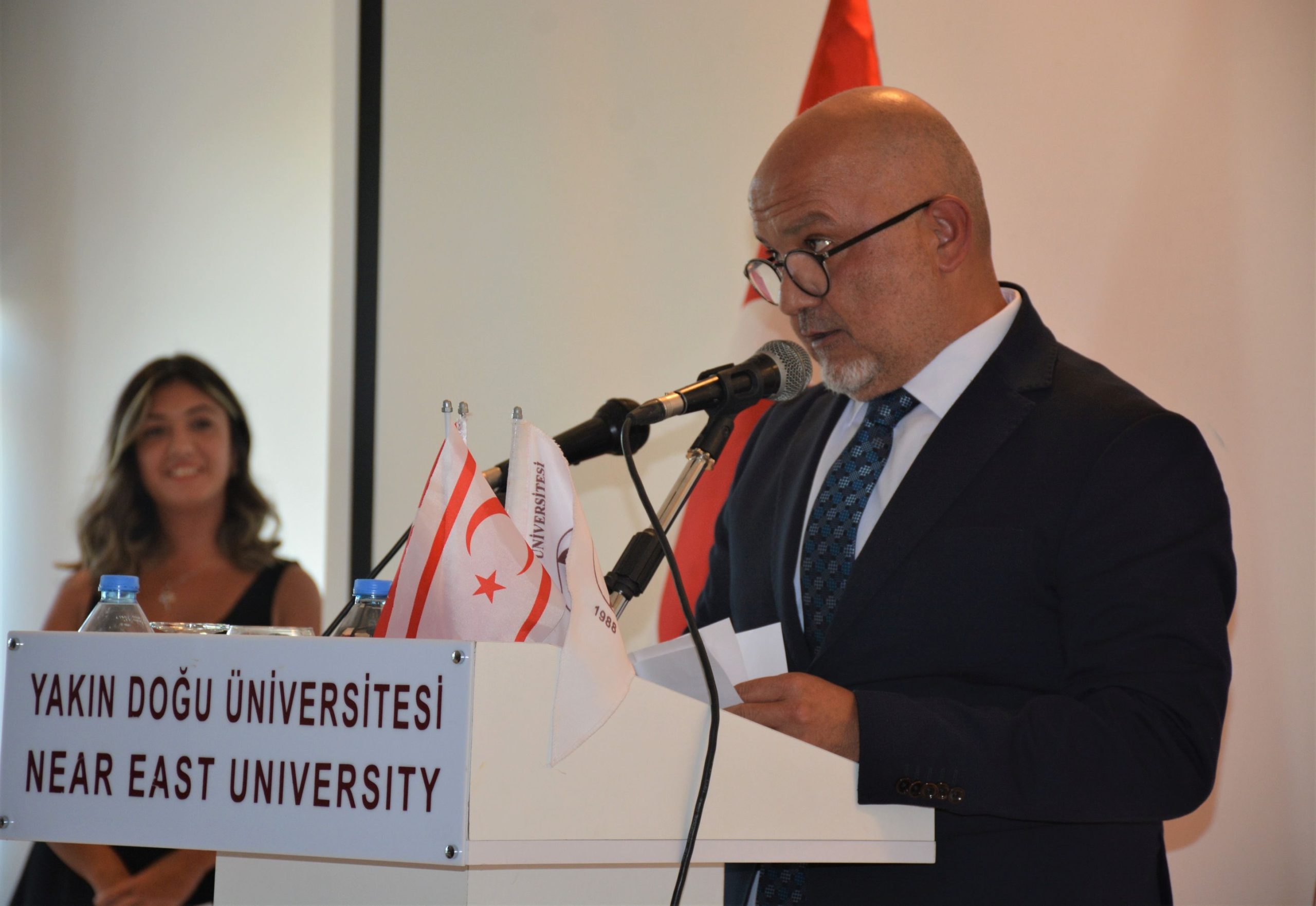 Prof. Dr. Tamer Şanlıdağ: “The mission of the Cyprus Museum of Modern Arts is to integrate it with the universal values while strengthening the glow of the common essence of the Turkic world.”
Starting his speech at the opening of the exhibition by saying “I find it very meaningful that our Fine Arts September Exhibition is organized in honor of our Tatar guests, considering the founding philosophy of our Cyprus Museum of Modern Arts”, Near East University Acting Rector Prof. Dr. Tamer Şanlıdağ said, “With the aim of building an unshakable bridge between our Turkish Republic of Northern Cyprus and the Eastern Mediterranean and the Turkic world, our Cyprus Museum of Modern Arts, which is growing day by day and turning into the most important art center of the region, mostly including the works of artists, who come from the Turkic Republics and performed their artistic productions in our Northern Cyprus from time to time, and whose number has reached 3 thousand, meet under the same roof. This productivity and wealth reflecting the Turkish culture, art and history in the center of the Mediterranean allows us to witness the rise of a unique culture and art center that combines it with modern art and carries it to the universal.”

Last week, as mentioned by the Chairman of the Board of Trustees of the Near East Enterprises Prof. Dr. İrfan Suat Günsel at the ceremony where the Maritime History Museum TEAL was taken to the special area prepared for it at the Port of Kyrenia, “We regard art far beyond all languages, beliefs and barriers; We regard it as the most important communication tool that leads to inclusiveness and universality. Art is inclusive and has the power to unite all humanity in the same common perception.” Prof. Dr. Tamer Şanlıdağ also said, “On the other hand, art is for people from the same roots and created by a common culture and history; It also has the power to remind the common essence they have. This is exactly the mission of the Cyprus Museum of Modern Arts: To integrate with the universal while strengthening the glow of the common essence of the Turkic world.” 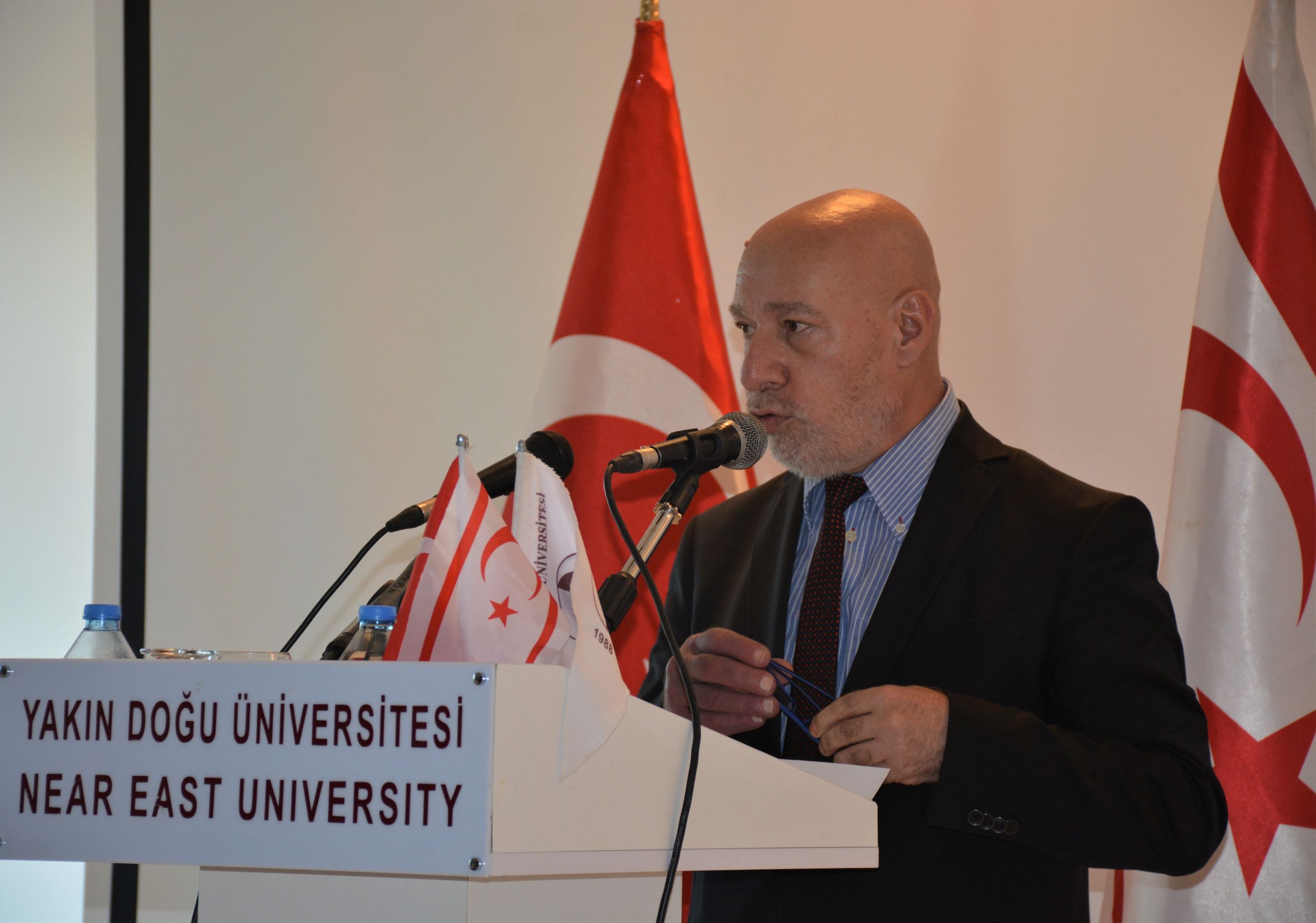 Emphasizing that art is a work of patience and that every work produced by the artist should touch the soul of the person, Prof. Erdal Aygenç said, “Patience is often perceived as an indulgence. You know, when teeth are clenched, fists are clenched, people keep biting themselves inside and just stand there, wait; then this inaction and suppression is called patience. Is it patience to endure, submit, leave it to time, sit and wait? No way! Patience is an action for art and Near Eastern culture; patience is knowing; Patience is managing.”

Reminding the words of Shakespeare in Hamlet, Prof. Aygenç said, “There are some words that almost the whole world knows and says, such as ‘to be or not to be’. The most fundamental reason for the success of the Near East Family is that it has almost deleted all the negative suffixes from its vocabulary. For the Near East, there is only being or being, producing or producing, achieving or achieving, running or running.” 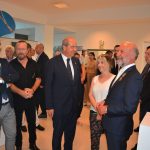 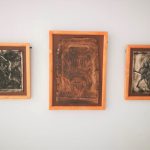 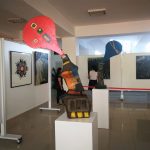 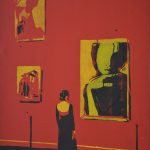 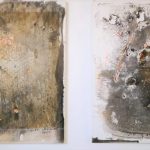