Solo Painting Exhibition titled “Appearance” and exclusively prepared by Kazakh Artist Orazbek Yessenbayev for Cyprus Museum of Modern Art to be opened by Hasan Taçoy, Minister of Economy and Energy

Solo Painting Exhibition consisting of 50 different types (oil paintings, ballpoint pen on silk) of artworks exclusively made by Kazakh Artist Orazbek Yessenbayev for Cyprus Museum of Modern Arts will be opened by Minister of Economy and Energy Hasan Taçoy on Thursday, February 27, 2020, at 08.30.

According to the information provided by the Press and Public Relations Directorate of Near East University, the solo painting exhibition consisting of 50 different types (oil paintings, ballpoint pen on oil) artworks exclusively prepared for the Cyprus Museum of Modern Arts by Kazakh artist Orazbek Yessenbayev will take place at the exhibition hall of Faculty of Dentistry.

Kazakhstan artist Orazbek Yessenbayev does not prefer to be limited to any genre in his works. The artist is focusing on graphics, sculpture, painting, and crafts. The artist presents a series of new works carried out in his own way (silk painting with a ballpoint pen, plastic).

The artist depicts information, expression, honesty and integrity in his works. The subjects of Yesenbaev's works testify to the knowledge, independent understanding of his people's history, and sincerity and consistency to preserve moral, national, cultural values that are important in the current difficult, sometimes dramatic globalization conditions. In his works, the artist conveys his unique vision of Kazakh culture, his love for his homeland, his nature, his attitude and spirit to life. 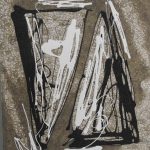 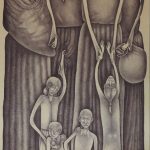 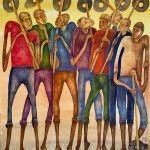