Elif Varol Ergen is a graduate of the Hacettepe University, Faculty of Fine Arts, Department of Graphics. In 2007, she studied and worked at the Department of Graphics, Hogeschool Gent Fine Arts Academy in Belgium for his artistic research in the area of conceptual illustration. She held many art events, exhibitions and illustration workshops attended by many foreign guests. In 2018, she was accepted to the Visual Communication Design Department of the Berlin Academy of Fine Arts in order to continue her research in the field of contemporary illustration. The artist has been deemed worthy of five awards in illustration and exlibris, and her first book, Sequence of Witches, was published in New York in 2017. She has studies in private and corporate collections in America, Europe and the Middle East. She is still continuing her research and studies on symbolism, female figure and esoterism in her manuscript illustrations and in her oppression.

Statement
Elif Varol Ergen’s early studies focus on severe psycho-dynamics such as violence, abuse, traumatic human psychology, and follow a surreal approach that does not involve direct narration. Especially, her “Incognito” series, which is a reference to the issue of hiding the names of the victims of abuse, is the subject of confusion with grotesque forms, armed girls, constant eyes and red intensity, and calls on the symbols to think through.

The focus of her new works is on feminism, mysticism, beliefs and female figures in the magic culture. Especially in the ancient cultures and myths of Europe and Mesopotamia, goddess uses female characters and demon depictions as inspiration. In her works, the witch women or, with their contemporary name “Wicca”, metaphors can be seen as an interpretation of rebellious women who make behaviors against the common beliefs and beliefs of the society in general. In her works, impenitent women, girls, witches, nuns, prostitutes who rejected the adjectives given to women by the governments are told. She depicts and redefines the dark side of the brave women who like repeating the same mistakes again and again. 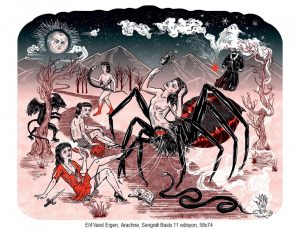 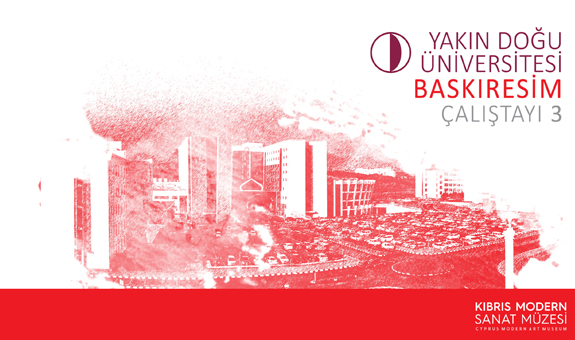