He was born on 30th October 1972 in Ankara, Turkey and completed his primary and secondary education in Ankara. He completed his higher education in Department of Graphic Design of Faculty of Fine Arts of Hacettepe University in 1995. Later, he began his academic career a Researcher at the Department of Graphic Design of Faculty of Fine Arts of Akdeniz University. As part of development of the academic members programme, he completed his master’s on Issues in graphic design with interactive multimedia; and completed competency in art programme (using graphic design for interior surfaces) in Institute of Social Sciences of Hacettepe University. He has also taken part in research projects of the university. In addition to the above, he has taken part in many exhibitions held both within the country and abroad and has acted as a member of jury for many competitions in his field. Furthermore, he has helped to organize many academic events and art organisations. In 2013, he opened his first personal exhibition in Nicosia, Cyprus. Moreover, as he has previously done, he continues to realise national and international workshops on art. Also, he has participated in many official collections. Since 2006, he has been an Academic Member of the Near East University Faculty of Fine Arts and Design, Department of Graphic Design. Furthermore, since 2012, he is the Head of Department of Graphic Design of Near East University. He is married and is has an only child. 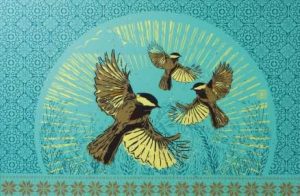